From around 2015 to early 2018, Vancouver’s housing market exploded as one of the best performing real estate markets in the world. For example, in the fourth quarter of 2016, the aggregate price of a home in Greater Vancouver increased 25.6% year-over-year. West Vancouver, North Vancouver and the city of Vancouver saw increases of 32.8%, 28% and 25.6%, respectively, in the same time frame. Now homeowners are only seeing red in their home value as prices have dropped in the last year. However, the city’s cooldown has set the stage for investors looking to get good deals, and now is a great time to look for either a home or a good investment property. While prices are still sliding and there is no telling where the bottom will be, one thing is certain: prices will rise again in what is constantly considered one of the best cities to live in the world.

Taxes on foreign buyers, tighter lending and other government-imposed restrictions have pushed buyers out of the market and shaken investor confidence which are the major reasons for home prices to drop. Depending on the particular neighbourhood, sellers have had on average to slash prices by 10% to 15%. In the first quarter of 2019, home prices in Greater Vancouver declined year-over-year for the first time since 2012. The aggregate price was down 1.5% to $1.2 million in the first quarter. Now is that time, as sellers have readjusted expectations for pricing, and buyer confidence is still lagging to jump into the market.

Luxury homes especially in neighborhoods like Burnaby, West Vancouver and North Vancouver, and Vancouver proper have seen prices dip the most, providing opportunities for buyers looking to get into the area’s high-end markets at discount rates.

The cooling of the Vancouver real estate market was largely by design. Government officials increased taxes after a run of buying pushed prices up to a point where locals could not compete which created a political backlash – especially against foreign investment.

In early 2018, the new B.C. provincial government increased the surcharge on purchases made by foreign buyers to 20%, up from 15%, she explained. That alone decreased the buying pool in the city significantly.

In addition, the Bank of Canada will start cutting its key lending rate in October as annual economic growth slows to one percent in 2020. This is after the Canadian economy shed around 2,200 jobs in June, although unemployment is still extremely low.

A recent poll showed the Canadian economy is forecast to lose momentum, slowing to a growth rate of 1.5 percent by the end of next year from the 2.2 percent expected for the previous quarter. This is also in response to the United States tariff wars against China, rising tensions in Iran, and President Donald Trump pressuring the U.S. Federal Reserve to cut rates.

While nobody can tell you exactly the perfect time to buy a house or an investment property, all signs point to sometime in the near future. If you’re thinking about buying or selling a home, call Chris. He understands the ins and outs of Vancouver real estate.

Is It Time To Buy A Luxury Home In Vancouver? 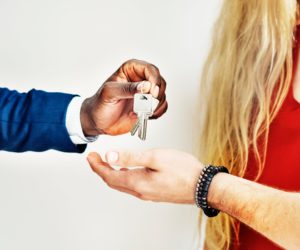 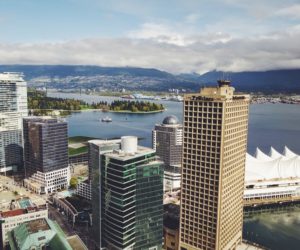 Is Vancouver Really Unaffordable? Here is Why It May Be More of a Myth.