The Royal Bank of Canada has become the first major Canadian bank to lower is interest rate for a five-year fixed-term Mortgage from 3.89 per cent to 3.74 per cent. The Royal Bank of Canada, the largest of the Canadian banks and the largest mortgage lender in the country, is the most influential bank when it comes to lending money. The other banks will, no doubt, fall in line with the same rate, however as of yet, they are not advertising them. All this is after the Bank of Canada announced in early December it is keeping its benchmark interest rate at 1.75% instead of raising it.

As oil prices fall, the Canadian dollar drops against the US, and the global economy has cooled, it becomes a great time to invest in real estate. The major banks believe that dropping mortgage rates will stimulate the economy and give people an incentive to buy and invest in real estate.

The drop in oil prices, one of Canada’s major commodities, and the new stress test have had a significant impact on the Canadian economy and are major reasons for a drop in mortgage rates. In addition, the Federal government just announced tax changes to allow companies to write off a bigger share of the cost of new assets in the year they are purchased. These are all good signs that now is the time to buy as banks predict an economy up swing.
The Bank of Canada is projecting economic growth to be just 1.7 per cent this year, down from its October forecast of 2.1 per cent but it remains optimistic the economy will begin to strengthen again as early as the second quarter of 2019.
The bank estimates the oil slump, which began last summer and has seen prices recover in recent weeks, will reduce the level of Canada’s gross domestic product by 0.5 per cent by the end of 2020. The economic impact of the decline is expected to be about one-quarter as large as the 2014 oil-price dip.

Keeping these factors into consideration, real estate looks like a good opportunity for the value-seeking investor at this time. If in doubt, keep in mind that real estate prices in Canada have risen about 4.7% annually over the past 30 years while in Vancouver alone housing has gone up 120 per cent. A number of factors drive real estate mortgages including market volitivity, regulations, and availability.
It’s best to start looking at real estate now as March, April and May are the busy seasons for lenders and prices generally follow suit. 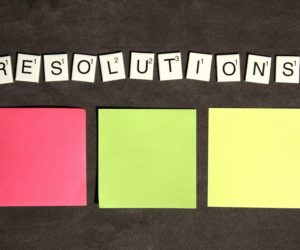 5 New Year Resolutions For Your Home

5 Ways You Can Automate Your Home