There is a lot of hoopla in the media about the “real estate bubble” in the Lower Mainland but what truth is there in all of this hype? Will there be a major correction causing people to lose millions of dollars? Or will we keep seeing an increase in real estate value?

The term “housing bubble” is a tagline you see all over the news and internet. At times, you can’t seem to get away from it. However, many experts say there isn’t a bubble at all.
Economists say the housing market will decrease eventually, but we won’t see any major crashes in Vancouver for several reasons.
First off, there’s still a lot of demand for little supply. There are still many people all across Canada and internationally willing to buy real estate here and pay extra tax because of the livability and beauty of the city. No matter what, Vancouver will be a desirable place to live, especially with limited land and resources available.
Even with the drop of Chinese investment, the local real estate market is defying doomsday predictions. Although real estate in places like Australia, New Zealand, and even Toronto have seen a dip in prices, Vancouver is still going strong with many investors willing to pay a premium to buy in the Lower Mainland.
This year, housing prices at the national level have weakened to around 4 per cent this year. And recently, here in Vancouver there has been a five per cent drop in houses above two million and a 12 per cent drop in houses above $3 million; however, housing inventor, especially in the condo market, is at an all-time low which are still driving prices up.
For example, Vancouver condo prices have continued to increase at 2.2 per cent per month.In the US, there was the infamous subprime mortgage fresco and most people figure something similar will happen in Vancouver – inevitably at some time. But because homes are extremely expensive in the Lower Mainland compared to most of the U.S. and compared to the stock or bond market, it’s a lot slower moving process. Also because we have different regulations and laws in Canada than the States that prevent such extreme fluctuations from happening. But what about historically?
In the past, there have always been ebbs and flows.  However a crash is not likely to happen like the one in 2008 or the late 80s. In 1985, the interest rate for a five-year fixed mortgage was 13.25 while today It’s between 2.2 and 2.7 per cent and won’t fluctuate much which means the cost of borrowing money is fairly low. With such a low interest rate, it is less likely someone will default on their loans. Gloomy forecasts were just as common, and wrong, three, and even five years ago. We’re increasingly seeing prices climbing and will continue to do so in the near future.  There will be market fluctuations but overall the Vancouver market will stay strong.
Thinking of buying or selling a home? Contact usHERE 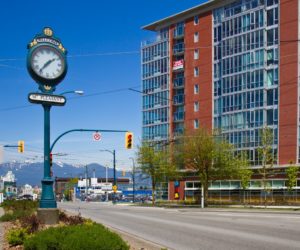